Generally, the term “transition” is associated with democracy, but in practice this isn’t always the case. Case in point: the recent appointment of Miguel Díaz-Canel as the “elected” president of Cuba.

The Cuban government’s ideologically-driven operating principle has always been that only the state can define and promote minority interests. The independent LGBTI+ marches in May demonstrated the government’s fear of its citizens’ growing sense of autonomy. 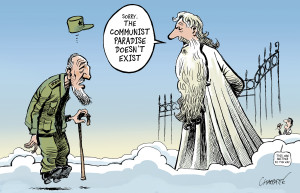 Revile him or revere him, Fidel Castro was one of the most significant political leaders of the 20th century. So strong was the pull of his hero image that most Latin American governments ignored the obvious human rights violations, the lack of democracy in Cuba and his refusal to yield power for 46 years. 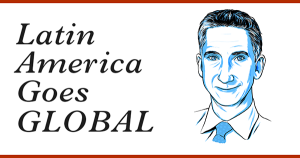 Obama’s opening to Cuba could be one of his policy’s most convincing successes. But there’s a problem. In the time since his executive actions permitted greater U.S. personal and commercial contact with the socialist island, the autocratic Cuban regime has failed to meaningfully improve its human rights record.

Politics and diplomacy provide the main themes for Latin Pulse this week. The program marks the anniversary of the diplomatic opening between Cuba and the United States with a special interview recorded in Havana. It also follows the complicated corruption scandal in Brazil that has now intersected with the political movement to impeach and unseat President Dilma Rousseff.

As of Thursday, it’s been one year since President Barack Obama announced historic change between the United States and Cuba, and now with embassies restored, commercial flights to Cuba may be coming.

For the first time since 1960s, the United States has leverage over Cuba. Now President Obama is cleverly playing off the Republic congressional critics of his policy to encourage the Cuban regime to change if it really wants to embargo lifted.