Here we have listed all of the thematic hearings heard by the Commission in its 156th session, in October 2015, and rated them based on government attendance and participation on a scale of 0 to 3. A 0 indicates that government representatives did not attend; a 1 indicates that the government attempted to disrupt or protested during the hearing; a 2 equals neutral participation; and a 3 indicates active and positive engagement by the government to address the issues being discussed. Where a country had multiple hearings, the score presented is an average. 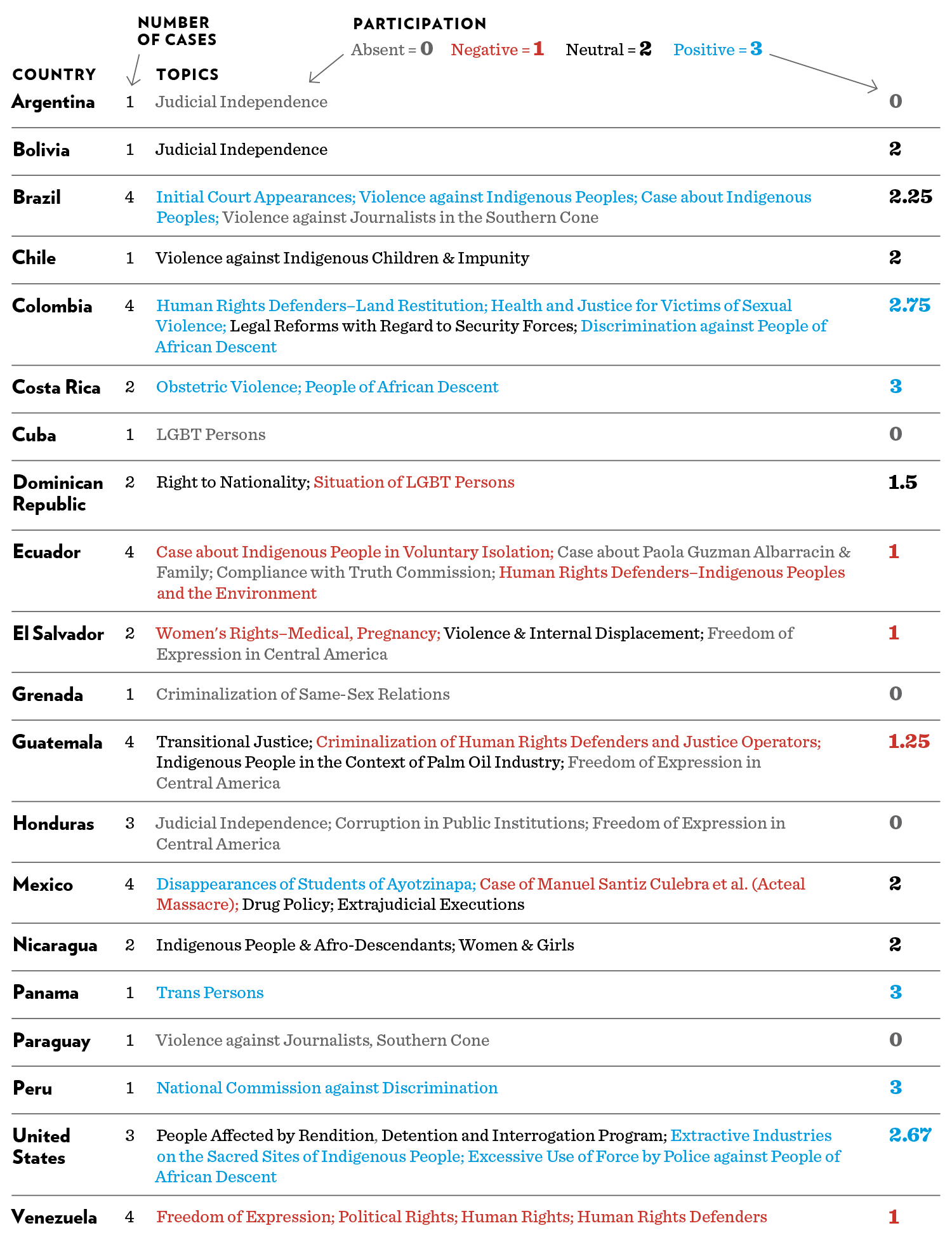 Continue to Who Goes to the Inter-American Court?