In the latest two sessions of the United Nations Human Rights Council (UNHRC or the Council), the 31st session held in March 2016 and the 32nd in July 2016, the Latin American representatives changed: Ecuador and Panama joined the Council, while Argentina and Brazil left, having completed their terms. (Each country can have up to two three-year terms, after which it must remain off the Council for a year.)

The departure of Argentina and Brazil from the Council represents a big change for the region’s representation. Argentina was a regional leader in upholding and supporting human rights on the Council. Brazil was what we have termed an “enabler”—often abstaining from key votes, even on Ukraine and North Korea—the net effect being to avoid a broader condemnation of clear human rights–violating states.

Nevertheless, the region’s voting patterns didn’t really change. The mainstay “rogues,” Cuba and Venezuela, remain on the Council, consistently voting to protect national sovereignty over their international human rights obligations. Meanwhile the “liberals,” represented by Mexico, Paraguay and now Panama voted consistently to promote human rights. More interesting are the countries that fall in the middle that change their vote on different topics. This year, those countries were represented by Bolivia, Ecuador and El Salvador.

As in our last report, we monitored how Latin American countries voted on three specific regional issues: the ongoing conflict in Syria, the breakdown in government control over eastern Ukraine, and ongoing human rights violations in North Korea. The latest resolution regarding North Korea passed the UNHRC by consensus, meaning that Cuba, Venezuela and Bolivia, along with Russia and China (the typical stalwart no votes) did not object to the resolution condemning the human rights situation in the country—something that they have done only occasionally in past sessions.

The ongoing conflict in Syria had two recorded votes, the Ukraine conflict one. The vote breakdown for Latin America was similar for both: Bolivia, Cuba and Venezuela voted no in every case, while Panama joined Mexico and Paraguay in voting yes, recognizing the bloodbath in Syria and condemning Russia’s intervention and the human rights violations in eastern Ukraine. Ecuador and El Salvador proved less straightforward. Ecuador, despite being a member in Venezuela’s Bolivarian Alliance for the Peoples of Our America (ALBA), abstained in both Syria votes and voted yes in the Ukraine conflict. El Salvador, which had voted consistently yes in the past, chose to abstain on the vote regarding Ukraine, while joining the liberals on Syria.

As we discuss later, the UNHRC also held a recorded vote on the thematic issue of protecting civil society, an area of growing concern, as many countries move to clamp down on civil society through increased regulatory and legal hurdles. The resolution specifically recognized that

in many countries, persons and organizations engaged in promoting and protecting human rights and fundamental freedoms frequently face threats, harassment and attacks…. [as well as] restrictions on freedom of association or expression or the right to peaceful assembly, or abuse of criminal or civil proceedings, or deplorable acts of intimidation and reprisal.

And the resolution called on states “to create and maintain, in law and in practice, a safe and enabling environment in which civil society can operate free from hindrance and insecurity.”

Countries voted on this resolution in line with their previous records. Those that gave priority to human rights and popular sovereignty supported it; those that emphasized national sovereignty did not. Cuba and Venezuela voted no, but Bolivia broke ranks with its ALBA allies and abstained. The remaining Latin American countries—Ecuador, El Salvador, Mexico, Panama, and Paraguay—all voted to support the measure, which passed by a vote of 31 to 9, with 7 abstentions.

Finally, an emerging trend is the use of procedural hurdles to gum up the system and slow down or stymie the UNHRC’s intended purpose of promoting human rights globally. At the 32nd Council meeting alone, there were multiple amendments offered, all aimed at watering down or negating the main purpose of the resolution. Pakistan submitted 11 amendments (of which 7 were adopted) to a resolution regarding the establishment of a special rapporteur on violence against the LGBT community, and 15 amendments were submitted by China and Russia (though none adopted) to the resolution on civil society seeking to remove references to human rights defenders.

You would think that a UN commission dedicated to defend human rights would be steadfast in its defense of the rights of civil society. After all, the ability of nongovernmental organizations to assemble, speak freely, and investigate human rights abuses has been critical to the defense of human rights the world over. Surprisingly, not all countries on the UNHRC agree, including some Latin American states, which lined up with some of the usual suspects. Below are some sample countries and how they voted. 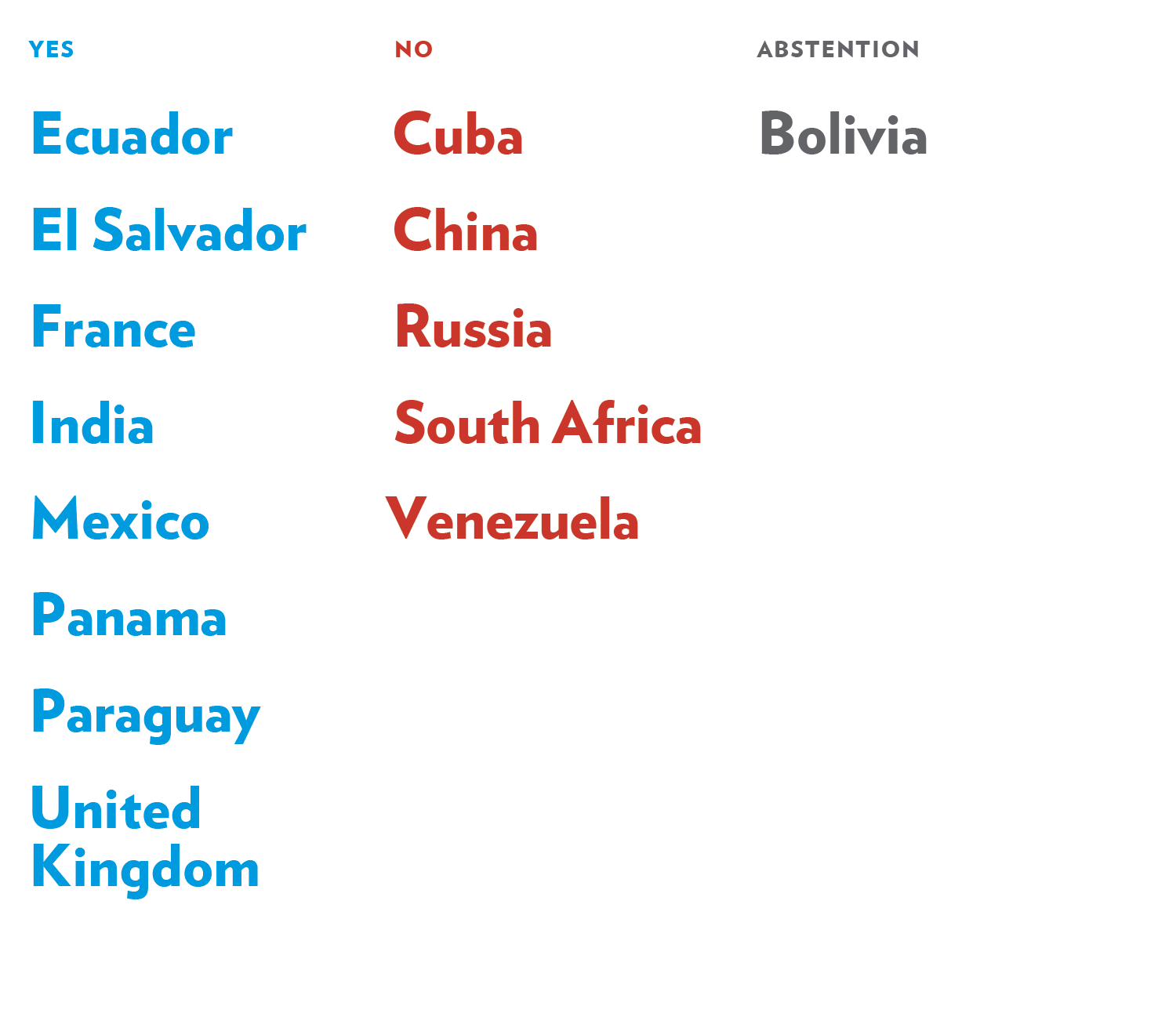 Continue to The Universal Periodic Review