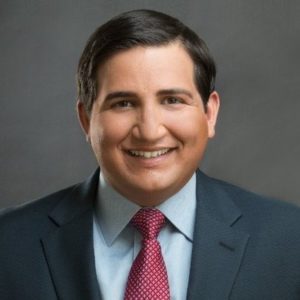 Tomas Bilbao joined Thunderbird in October 2018 as Executive Director for Branding and Communications. In this capacity, he is responsible for overseeing all branding, promotion, and public relations functions for the School.

A public affairs executive with almost two decades of experience in the public, not-for-profit and private sectors, Tomas has designed and executed communications and public policy campaigns for global brands in a variety of sectors and industries around the world.

Most recently, Tomas served as Managing Director of Avila Strategies in Washington, DC, where he developed and executed business and communications strategies for leading global brands facing reputational challenges. Previously, he served as Executive Director of the not-for-profit organization Cuba Study Group, where he led a public policy campaign that played a key role in the historic policy shift toward the island announced by President Obama in December of 2014.

A resident of Washington, DC for almost two decades, Tomas served in various public service positions in the U.S. House of Representatives, U.S. Senate, and in the Administration of George W. Bush.

Tomas has been widely published in, and has appeared frequently on, national and international media outlets. He holds a degree in International Studies from American University in Washington, DC and an M.B.A. from the Kellogg School of Management at Northwestern University. He is a term member of the Council on Foreign Relations and volunteers in various charitable causes supporting children and entrepreneurs. A native of Venezuela, Tomas lives Phoenix with his wife and son.