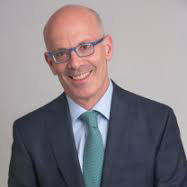 Kenneth N. Frankel has been president of the Canadian Council for the Americas (CCA) since 2014 and was previously Chairman from 2007 to 2014.  For his efforts on behalf of the CCA and for leadership in other hemispheric public policy initiatives, Mr. Frankel was awarded The Queen Elizabeth II Diamond Jubilee Medal by the Governor General of Canada in 2013. Mr. Frankel was the Legal Advisor to the Secretary General and the Director of the Department of Legal Services of the General Secretariat at the Organization of American States from 2008-2013. He advised the General Secretariat, OAS political bodies, and special missions including numerous electoral observation missions, the Electoral Verification Mission in Haiti that reversed the results of the 2010 presidential election, the Honduran Truth and Reconciliation Commission that investigated the 2009 coup, the Hemispheric Drug Study of 2013, and the ongoing Mission to Support the Colombian Peace Process. Mr. Frankel led the successful effort to adopt equal benefits for same sex couples and broaden parental leave benefits to include paternal and adoptive leave at the OAS.

Previously he was Chair of the Latin American Practice Group at Torys, General Counsel at Alcatel Canada, Chief International Counsel at Alcatel España, Chief Counsel at Alcatel Polska, Chief Counsel, Latin America (wireless) at Alcatel Germany, and law clerk to Federal District Court Judge Eugene P. Spellman in Miami during the “Miami Vice” era (though he never wore the suits).  Mr. Frankel was a consultant to the World Bank on corporate and arbitration law reform in Bolivia and pro bono as the first program coordinator for the USAID/American Bar Association program on legal reform in Honduras and Guatemala.

Mr. Frankel also serves on the Advisory Council of GEC Risk Advisory LLC and as a Senior Advisor pro bono to firstbook.org.