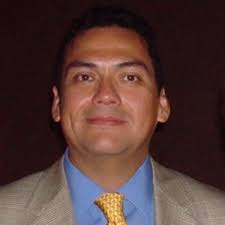 Iván C. Rebolledo is Managing Partner at TerraNova Strategic Partners LLC, a geo-strategic advisory firm specializing in the Andean region of Latin America. In addition, he co-founded Emergo Partners in 2013, a venture capital firm dedicated to emerging and frontier markets, where he was a Partner and now member of its International Advisory Council. Previously, he has served with the United Nations and UN Development Programme in various capacities and countries. Prior to joining the UN system, he served as Deputy Director for Latin American Affairs at the Americas Society/Council of the Americas. He was also a Senior Advisor to the Inter-American Parliamentary Commission on Population and Development. Intermittently, he continues to consult for the IDB and OAS.

Since 2003, he has been President of the Bolivian-American Chamber of Commerce, which was established in 1983 aimed at fostering and promoting trade, commerce and investment between Bolivia and North America.

Currently, he is a non-resident Senior Associate with the Americas Program at the Center for International and Strategic Studies (CSIS) and a member of the Council on Foreign Relations.

He has lectured and published articles on international drug policy, inter- American relations, and Andean politics. He has appeared on/in numerous media outlets including: CNN en Español, CNN International, Financial Times, France 24, NPR, New York Times, Wall Street Journal, etc. He is regular contributor to the Latin American Advisor and Latin America Energy Advisor of the Inter- American Dialogue. He has also testified before the U.S. House of Representatives on issues pertaining to Latin America, the Andes, and Bolivia.