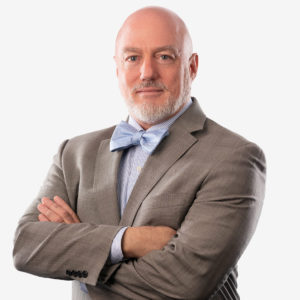 Hunter Carter is co-chair of AF International, the firm’s international services group, focusing on Latin America. He is a vigorous advocate and sophisticated strategist whose experience is widely varied. He has served as a trial attorney in federal and state trial and appellate courts. He has led cases in foreign and domestic arbitration including serving as an arbitrator appointed by the International Chamber of Commerce. He has tried a case involving torture against Chile in the Inter-American Court on Human Rights, has addressed the full Colombian Senate on international human rights law and marriage equality, and has represented the people of Easter Island.

For multinational corporations throughout the region, Carter has led domestic and international internal corporate investigations especially in anti-corruption, and teaches corporate clients international compliance. He has handled cases in a wide range of industries as diverse as pharmaceuticals and devices, real estate, financial advisors, heavy equipment manufacturers, agricultural products, manufactured foods, oilfield services, aircraft leasing, intellectual property development and licensing, media and entertainment, telecommunications, health care facilities, and law firms and legal ethics. He has represented clients from throughout South and Central America, as well as Europe and the United States, and is fully fluent in Spanish.