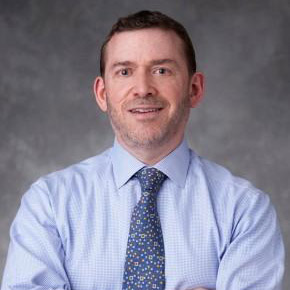 Gray Newman is Adjunct Professor at the School of International and Public Affairs (SIPA) at Columbia University. Prior to that he served as Managing Director and Chief Latin America Economist at Morgan Stanley for 14 years until his retirement in 2014. He covered Latin American economies for more than two decades, first from Mexico City and then from New York. As Morgan Stanley’s chief economist for the region since 2000, he was a well-known figure in central banks and finance ministries and enjoyed unusual access for a foreigner. Mr. Newman has been awarded first-place as the top ranked Latin American economist by Institutional Investor (II) in its annual “Institutional Investor Latin America Research Team” in 11 of the 14 years through 2014.

Prior to joining Morgan Stanley, Mr. Newman was Senior Latin America Economist at Merrill Lynch.  Prior to that, he was Chief Economist for Latin America for the Hong Kong Shanghai Bank (HSBC) in New York.  Before working at HSBC, he was Senior Economist for Interacciones Casa de Bolsa, a Mexico City-based brokerage house.  He has also worked as a foreign correspondent and practiced law in Washington, DC where he is admitted to the bar.

Mr. Newman is regularly cited by local and international financial press, has appeared frequently on CNBC and has written two books. He holds degrees in economics and law.