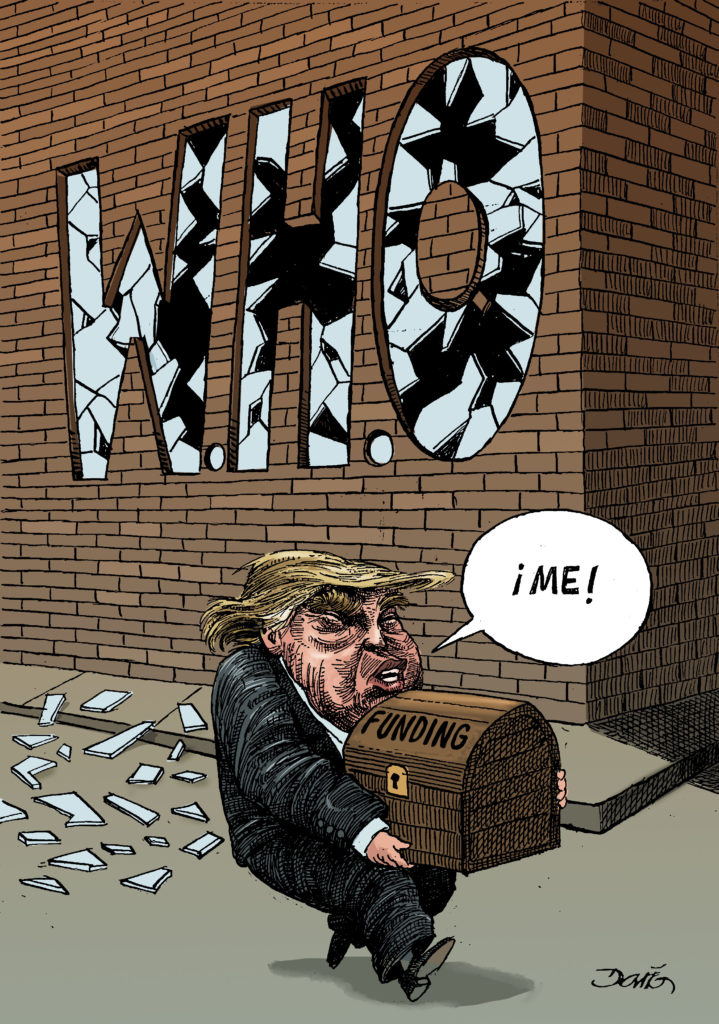 It’s been more than two weeks since President Donald Trump’s announcement that he would break all ties with the World Health Organization (WHO), yet according to a WHO spokesman, the agency had not received a formal notification of the U.S.’s withdrawal. In a speech in the White House Rose Garden on May 29, President Trump said “we have detailed the reforms that [the WHO] must make and engage with them directly, but they have refused to act…” While the Trump administration severed ties for what it believes is the organization’s inability to hold China accountable for the pandemic, critics of the president say the administration never intended to seek reforms, but left the body for political reasons.

Earlier this week the WHO made headlines again after clipped comments by Maria Van Kerkhove, an American epidemiologist with the agency, suggested that people infected with COVID-19 but who have no symptoms hardly ever transmit it to others. The comments made in a press briefing on Monday were a “misunderstanding” according to Michael Ryan, an Irish epidemiologist also with the WHO.

As explained in the New Yorker, Van Kerkhove’s comments were made in response to a question about new findings from Singapore that a strikingly high number of people with COVID-19 are asymptomatic. In response, Van Kerkhove noted the distinction between people who are truly asymptomatic—those who never experience effects—and those who are presymptomatic—those who eventually feel something. Then, without clarifying what kind of asymptomatic people she was referring to, brought up unpublished reports where “it appears to be rare that an asymptomatic individual transmits onward.” However, this is only referring to the specific locations of the reports. As both Van Kerkhove and Ryan note, an infected person’s “viral load”—the amount of COVID-19 in their body—appears to be highest when symptoms first appear. This means that a person who appears to be asymptomatic but is in fact presymptomatic has a higher possibility of being contagious. For this reason, they both agree that everyone should take precautions, like wearing a mask, regardless of if they have symptoms or not.