Peru celebrated extraordinary elections to renew all 130 seats in the country’s unicameral legislature. The event marked the culmination of a showdown between President Martín Vizcarra and his stringent opponents in Congress—particularly at the hands of Keiko Fujimori’s conservative Popular Force (Fuerza Popular).

After recurring clashes, Vizcarra, who became president following Pedro Pablo Kuczynski’s (2016-2018) resignation, announced the dissolution of Congress in late September and summoned extraordinary elections as a response to a controversial vote of no confidence against his government.

While Peru’s semi-presidential democracy allows for extraordinary elections, the tension resulted in a constitutional crisis (for a short 24 hours, the country had two presidents). Fortunately, cooler heads prevailed, and the parties embraced—however reluctantly—elections. Days before the poll, the country’s Constitutional Court ruled in a split vote that the president’s decision was indeed legal. 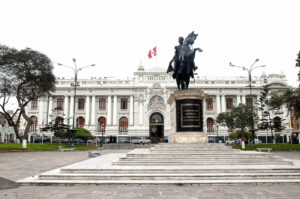 The new congress will function for 14 months until scheduled presidential and legislative elections in April 2021. Vizcarra, who has approval ratings bordering 60 percent, has vowed not to run for the presidency.

With the election settled, two questions emerge: What lessons can we draw from the poll? And what challenges does president Vizcarra face?

The congressional elections shed light on the fragmentation of politics and the anti-establishment mood in the electorate. If projections are correct (with 99.6 percent of votes counted), nine parties will gain legislative representation. Whereas five parties won congressional seats in the 2016 election, the volatile nature of Peruvian politics resulted in fragmentation. By 2019, there were at least 13 different parties and congressional caucuses. Sunday’s poll confirmed that trend.

At the same time, congress’ new composition reveals the anti-incumbent mood in the electorate. Popular Force, whose members are involved in numerous corruption scandals (including Fujimori, recently sentenced to 15 months in jail), experienced the near breakdown of its electoral support, as the party barely held on to 15 seats from an original 73. Its rival-turned-ally, the Aprista Party, led by Mauricio Mulder, failed to achieve legislative representation for the first time in decades. The With You party (Contigo), the heir of Pedro Pablo Kuczynski’s Peruvians for Change party that broke ranks with Vizcarra, landed in the last place with approximately one percent of votes. The leftist Broad Front, which adopted an ambiguous stance during Vizcarra’s battles with the Fujimorista opposition, also saw its legislative representation drop from 20 to 9 seats.

Popular Action (AP) and Alliance for Progress (APP) were the only sitting parties to increase their legislative mandates. The election of Jorge Muñoz as Mayor of Lima in 2018 boosted AP, the traditional party founded by former president Fernando Belaúnde Terry (1963-1968 and 1980-1985), which grew by 20 seats (from 5 to 25). The populist APP, led by the charismatic César Acuña—barred from running in the 2016 presidential election because of vote-buying—more than doubled its legislative seats from 9 to 22.

Voters, who punished some sitting parties and rewarded others, also turned to new and firebrand alternatives. Tellingly, two of the remaining five parties that gained representation emerged in the wake of the 2016 election: the Purple Party (est. 2017 with nine seats) and We can, Peru (est. 2018 with eleven seats). While initial projections gave Together for Peru (est. 2017) five seats, the party seemingly failed to pass the required electoral threshold of five percent of votes to gain congressional representation.

Although the bulk of parties mentioned before are broadly defined as centrist, the election also boosted radical alternatives. United for Peru (UPP), previously a liberal party that turned into a proto-fascist party under the influence of Antauro Humala, the brother of former president Ollanta Humala (2011-2016), won 13 seats. The Agricultural People’s Front of Peru (FREPAP), known for its fervent religious discourse (one of its elected members recently stated that homosexuals have “evil in their blood”), won 15 seats following 20 years as an extra-parliamentary party.

Turning to the second question: what challenges does president Vizcarra face? The president’s political gamble partly paid off. His victory, however, seems to come at a cost that has yet to reveal itself fully. While Vizcarra gave a severe blow to his congressional rivals, his triumph is a pyrrhic victory of sorts.

In theory, a weakened Popular Force should ease collaboration between the executive and legislative branches. Yet, in practice, a fragmented congress rarely delivers on such an outcome. Since the election weakened his allies—yet didn’t strength his supporters—Vizcarra might find it challenging to build ad-hoc coalitions to get legislation passed. In this regard, time is a critical factor. With 14 months left until the next election, Vizcarra, a lame-duck president, is running out of time to push for reforms. To make matters worse, the newly elected legislators have few, if any, incentives to cooperate because they cannot run again in 2021.

Which is why the troubles facing president Vizcarra are far from over. Not only does unlocking the key to congress seem as challenging as ever, but the election of new parties gives radical voices a much-desired platform to attract voters. With elections around the corner, Vizcarra’s legacy is at stake. In the worst of scenarios, tensions arise to the same level as before the dissolution of congress and deadlock strengthens radical sectors. In the best of situations, the president successfully builds a coalition of moderate parties that leaves behind the volatility that has marked Peruvian politics. We should expect something in between.

Lucas Perelló is a Ph.D. candidate in Politics at The New School for Social Research. You can follow him on twitter @lucasperello