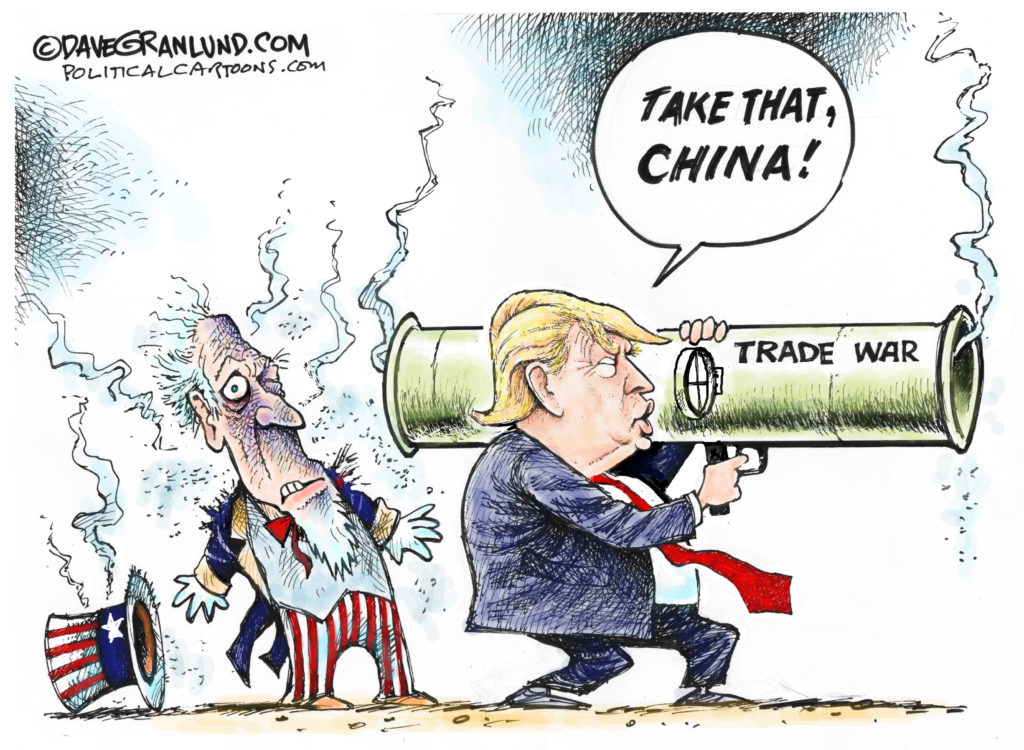 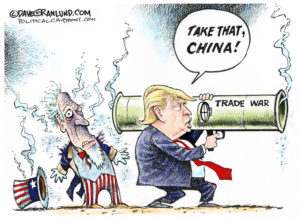 Trump’s trade war with China is reaching new heights as the President followed through on his warning to increase tariffs from 10 percent to 25 percent on $200 billion in Chinese-made products. In response, China increased its own tariffs on $60 billion of American products that will go into effect on June 1. Things could get even worse, as the Trump administration is considering increasing tariffs on all of China’s remaining imports, about $300 billion worth of products.

It’s no secret that the Trump administration’s endgame is to reduce China’s influence in the global economy. By placing tariffs on China, the administration hopes to deter Americans from buying its products and foreign companies from doing business with China. But President Trump’s policies seem to be doing more harm than good. The tariffs will hurt American consumers and farmers the most. Already, companies like Walmart and Macy’s are saying prices for some products will go up thanks to Trump’s tariffs.

Acknowledging that the situation seems bleak for farmers, President Trump and his allies are trying to appeal to nationalism, referring to farmers as “great Patriot Farmers” who will have to suffer these consequences for the national greater good. But nonetheless, there are signs that farmers are starting to panic. China’s tariffs are now targeting American apples, oranges, pork, and almonds, on top of the already 25 percent tax on soybeans. Before the trade war, Chinese consumers made up about 60 percent of American agriculture exports, but now they’ve stopped buying products. And government bailouts set in place to help farmers won’t keep them happy forever. According to one farmer, “the patience of American farmers has worn very thin.”