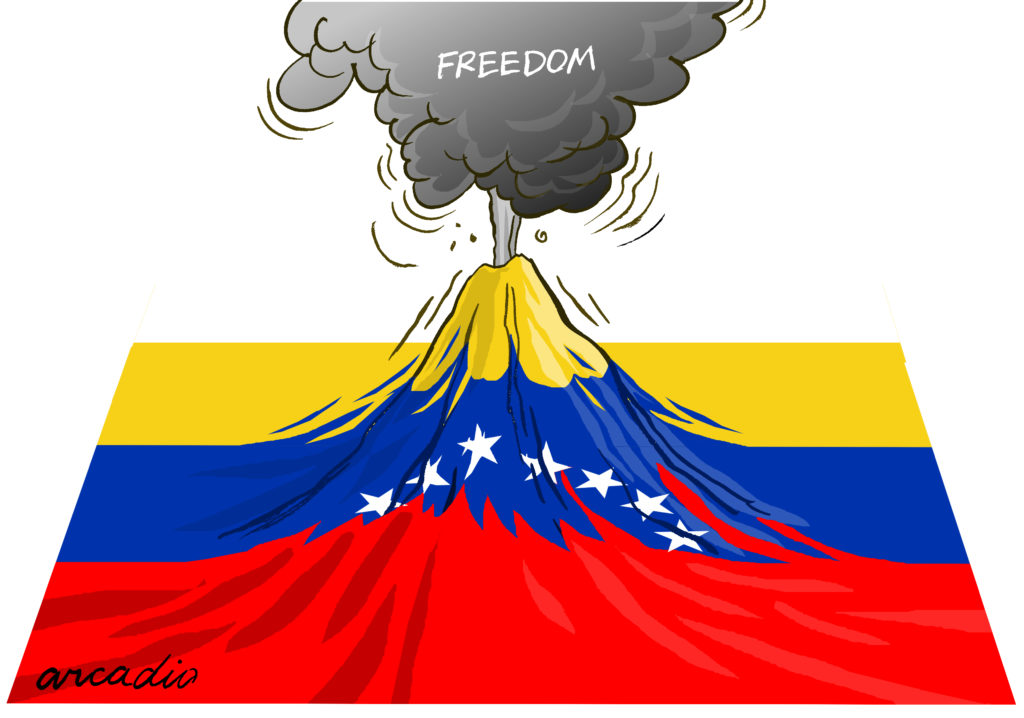 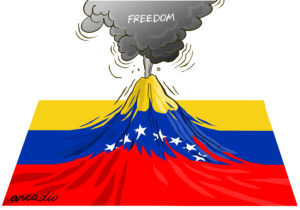 A new phase of the political crisis in Venezuela seemed to be unfolding shortly before dawn on Tuesday, when opposition leader Juan Guaidó posted a video on Twitter urging Venezuelans to take to the streets to force President Nicolás Maduro out of power. Guaidó was surrounded by armed troops and fellow opposition leader Leopoldo López as he called on members of the military to defect and join “Operation Liberty.”

Tuesday’s protests ended with pro-Maduro forces firing live rounds and tear gas into crowds of protestors, injuring over 70 people. In the end, “Operation Liberty” flatlined. Guaidó acknowledged that there weren’t enough military defectors to call this “peaceful rebellion” successful, and López sought refuge in the Spanish Embassy. As Chris Sabatini writes for Foreign Policy, “this week’s wave of protests may be Guaidó’s third strike… At this point, his calls to action are looking like so many of the efforts of previous leaders that have produced nothing but rising expectations.”

But even as this seemingly failed attempt at regime change further called into the ability of opposition to oust Maduro, not all seems lost. Thousands of anti-Maduro demonstrators took to the streets again on Wednesday. And in a possible sign of weakness, Maduro made no attempt to repress the opposition. As Global Americans contributor Benjamin Gedan told The Guardian, “there is no evidence the government has a firm hold on the country… I’m not persuaded Maduro sleeps well at night.” To make matters worse for the Maduro regime, the director of Venezuela’s intelligence services, Manuel Ricardo Cristopher Figuera, announced his defection in a public letter—showing there are small, but evident fractures within the regime.