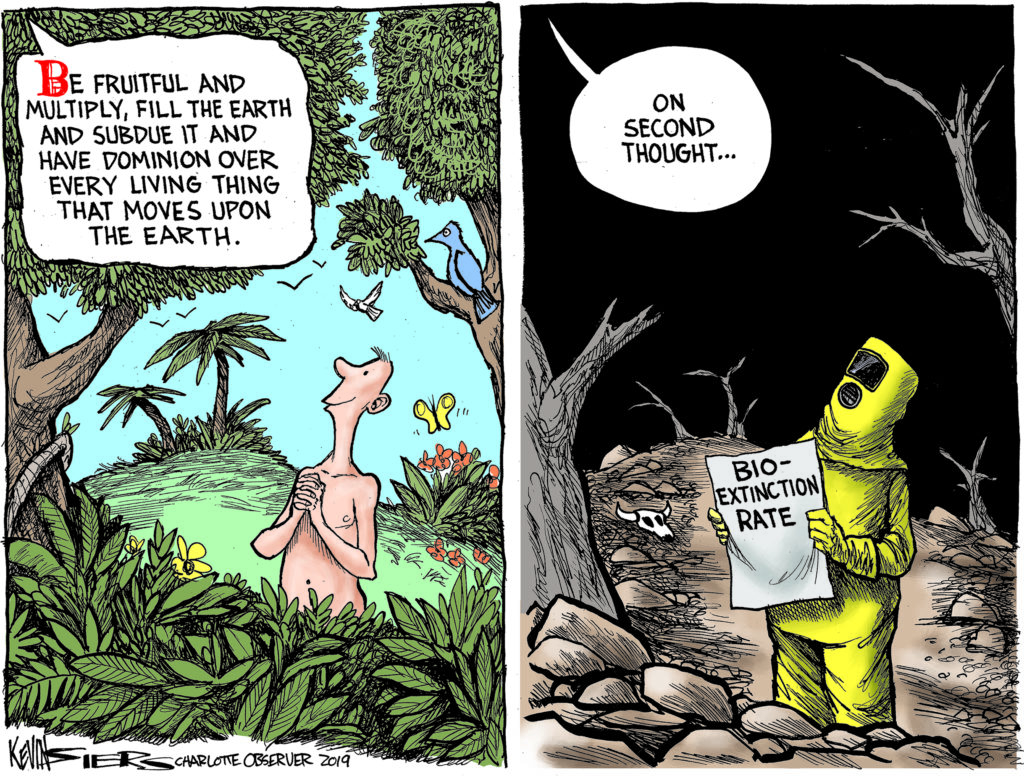 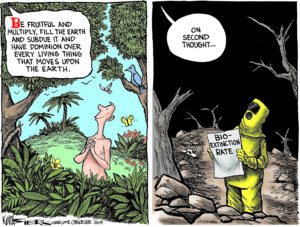 On Monday the United Nation’s Intergovernmental Science-Policy Platform on Biodiversity and Ecosystem Services released the summary of an upcoming 1,500 page report that provides a“comprehensive picture of the relationship between economic development pathways and their impacts on nature.” The report offers a bleak prediction of what will happen if governments, companies and people fail to change.

The report found that species of all kinds are disappearing at a rate “ten to hundreds times higher than the average over the last 10 million years” due to human activity. It warns that around one million animal and plant species are now threatened with extinction within the coming decades. More than 40 percent of amphibian species, almost 33 percent of reef-forming corals and more than a third of all marine mammals are threatened.

Authors of the report have also outlined the five direct drivers of change in nature with the largest relative global impacts: changes in land and sea use; direct exploitation of organisms; climate change; pollution; and invasive alien species. More than a third of the world’s land surface and nearly 75 percent of freshwater resources are now devoted to crop or livestock production. Significant changes will have to be made to delay the scenarios outlined—particularly in how humans grow their food, produce energy, deal with climate change and dispose of waste.