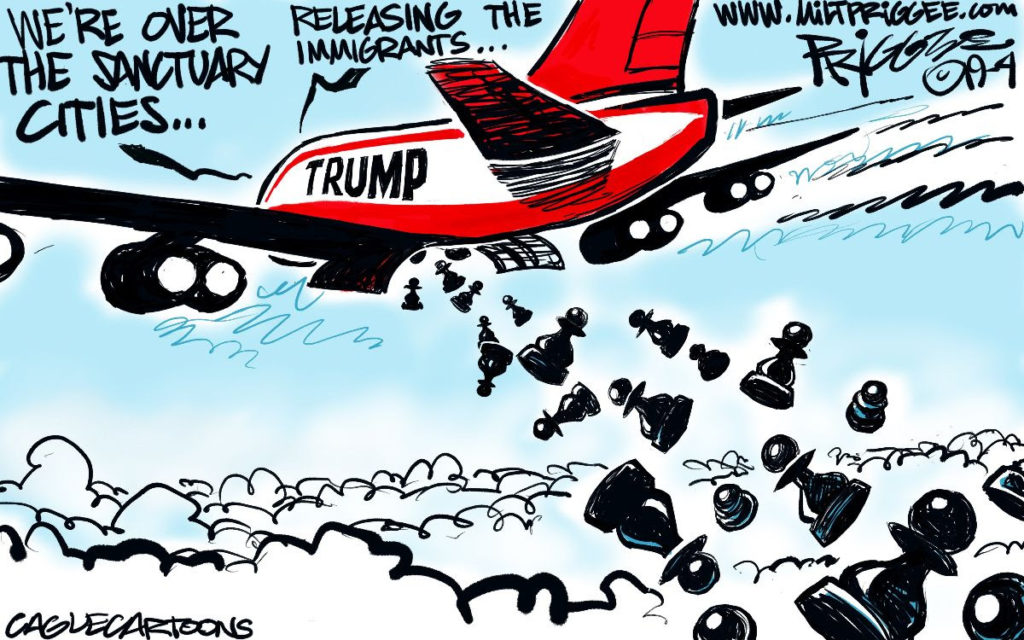 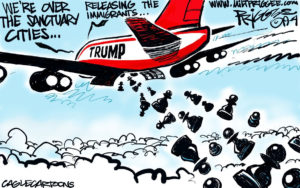 According to reports by The Washington Post, the Trump administration proposed transporting detained immigrants to sanctuary cities at least twice in the past six months. The move was intended to retaliate against Trump’s political critics, with House Speaker Nancy Pelosi’s district in San Francisco among those cities the White House wanted to target. While White House officials have said the idea was rejected, President Donald Trump took to Twitter to say he is still considering the idea.

If he is really serious about the plan, there are major concerns that will need to be addressed. For starters, regardless of where immigrants are sent, they can easily leave the sanctuary city to other destinations in the United States. As an interactive map of U.S. Immigrant Populations by Metropolitan Statistical Area made by the Migration Policy Institute shows, immigrants don’t just stay in sanctuary cities, they tend to spread out across the country.

Not to mention this latest would-be move counters the Trump administration’s policy of determent at the border. By embracing family separation and, more recently, ordering immigration judges to stop releasing asylum-seekers on bail, the Trump administration has been working to stop migrants from wanting to endure the long strenuous process of getting to the United States. This new plan seems to encourage the opposite.