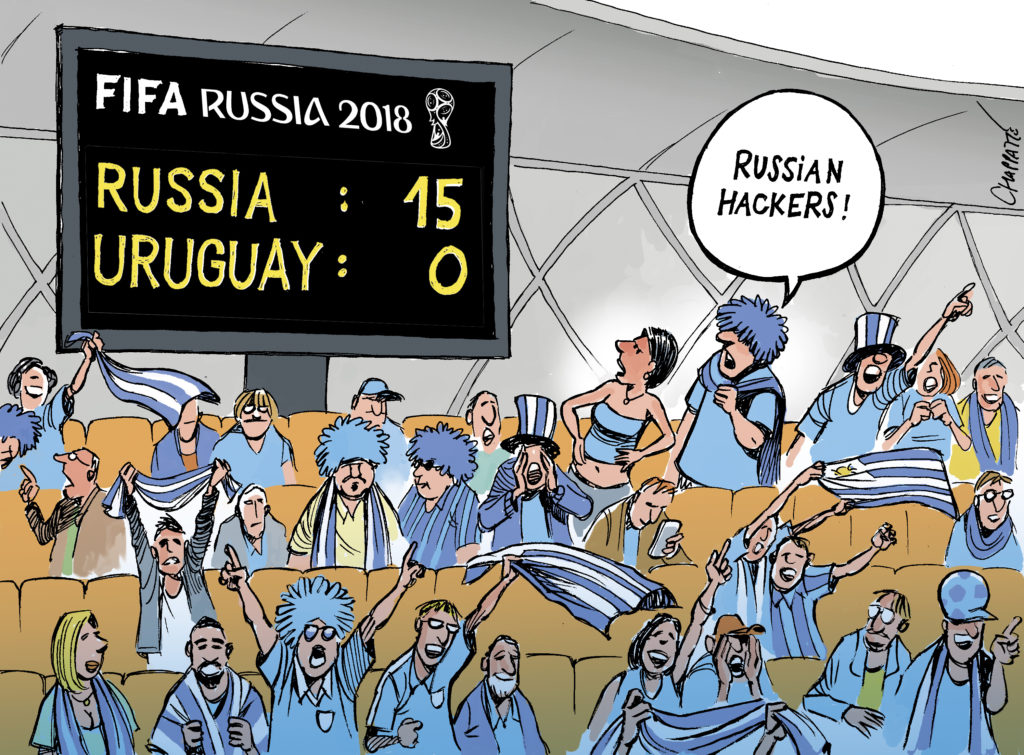 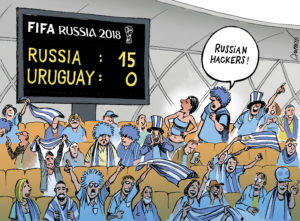 The FIFA World Cup officially started this week and although far from the final game, many are predicting Brazil will take back the cup. That is, if Russia can help it. With its not-so-distant history of meddling in presidential elections, who’s to say it won’t rig the cup in its favor? Unfortunately for Russia, its hacking tactics won’t work on football fanatics.

An event that has an estimated viewership of 3.4 billion people—half the total world population—and expected to generate more than $6 billion for FIFA, the 2018 World Cup will be all everyone talks about for the next month as countries gather to celebrate and cheer on their national teams. The World Cup is a big deal. Just look at Peru, where the government declared all days the Peruvian national team plays a national holiday.

One piece of good news this week came when it was announced that Canada, Mexico and the U.S. won a joint bid to host it in 2026. The North American bid won over a Moroccan bid by 134 to 65 votes. After first being proposed in 2010 by former Mexican ambassador to the United States and Global Americans’ Working group on Inter-American relations co-chair Arturo Sarukhan, the bid won on a promise of “record crowds, record revenues and a record $11 billion in profits for FIFA.”

And yet, this announcement couldn’t have come at a more awkward time. With calls from President Donald Trump to build a border wall paid for by Mexico; twitter rants calling Canadian Prime Minister Justin Trudeau “meek and mild;” inhumane enforcement of immigration laws; and a NAFTA deal yet to be signed, one is left to wonder how exactly this will all go down.

Hopefully the Trump administration will take the new announcement as an opportunity to mend relations with Canada and Mexico, especially trade relations. As Global Americans has outlined in its Working Group on Inter-American Relations’ paper More Jobs in the Western Hemisphere: A Winning Trade and Investment Strategy in the Context of NAFTA Negotiations, “U.S. political, diplomatic and economic leadership depends upon staying in a modern NAFTA, leveraging it to compete globally, and expanding programs to help workers thrive in all three NAFTA member nations.”