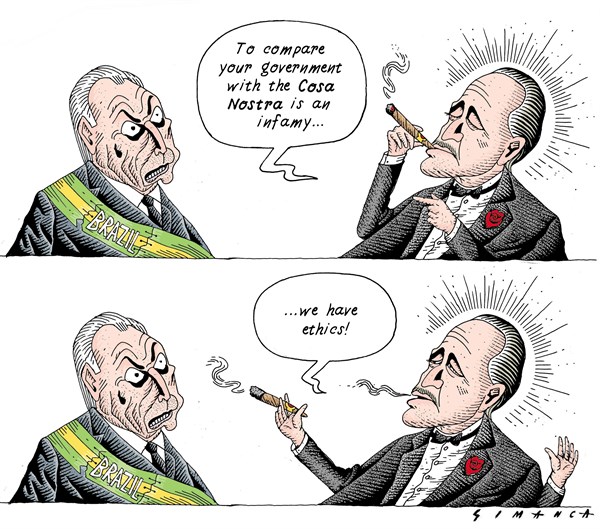 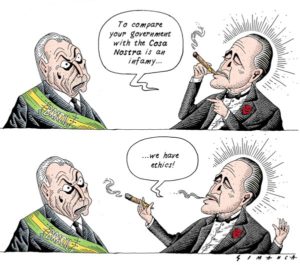 It’s gotta hurt when “the God Father,” lets you know he has more ethics than your political class. With the conviction of former President Luiz Inacio Lula da Silva, Il Padrino’s assessment seems increasingly spot on. But unfortunately for Brazil, he’s right.

Michel Temer is currently under investigation for corruption after being accused of taking a $152,000 bribe after secretly being recorded approving efforts to obstruct a corruption investigation. While not implicated in the Lava Jato scandal, former President Dilma Rousseff was impeached over administrative issues (and quite frankly as a scape goat); and just this week, former President Lula was sentenced to more than nine years in prison for receiving $1.1 million in favors from a construction company. And that’s only one of four other corruption charges against him.