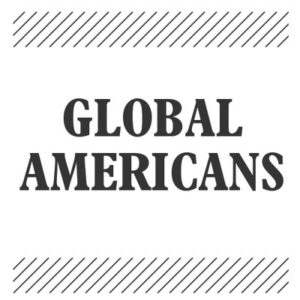 In Latin America today, the status quo is under attack, and the weaponry of change is technology. From corrupt politicians caught blindsided by damning recordings on social media to a taxi industry up-ended by Uber, to a media industry undermined by Netflix, mobile-enabled technology is delivering unprecedented levels of transparency, efficiency and upheaval to Latin American society, politics and industry.

In advanced economies, technology adoption and globalization are largely blamed for the reactionary political storm that elected Trump and provoked Brexit. If the latest wave of technology has rattled and unsettled, the world’s most competitive economy (U.S.) how will middle-income, inefficient economies like Latin America cope?

Latin America’s leading markets have a proven appetite for technology adoption. Brazil (at number 2 in the world in), Mexico (6), and Argentina (8) are among the highest-ranked markets worldwide for total hours per week spent on the internet, much of it on mobile devices. Latin American connectivity is the ultimate trade barrier buster, enabling innovation developed abroad to be imported instantly. Virtual products such as TV shows, movies, e-books, video games and online courses are rolled out globally as quickly as they are translated, bypassing media and publishing oligarchical structures. Brazilian electronics consumers—who traditionally pay three times the retail price for the same goods in the U.S. or Asia—can now buy their next laptop or cellphone directly from a Chinese manufacturer. Even after paying import tariffs, the direct e-commerce link to Chinese suppliers—combined with logistics and payments plug-in solutions—enable Brazilians to save 30 to 40% over Brazilian electronics retailers.

E-commerce only commands about 2% of total retail in Latin America, but new solutions, often locally developed, are improving e-commerce efficiency, access and security. As a result, e-commerce is growing at close to 20% per year with virtual products and services that suffer no logistics hurdles growing at over 100% per year. (For example, Uber grew tenfold in ride volume across Latin America and the Caribbean from 2015 to 2016). And the growth potential is there. Brick and mortar retail space per capita in Latin America is about 15% that in the United States. And outside the region’s top 10 cities, traditional retail options are limited. As a result, e-commerce holds a powerful answer to both limited infrastructure and fragmenting consumer tastes in the region.

Latin America is often considered a low-trust society where commerce is traditionally conducted between well-known parties. For that reason, many analysts are surprised by the enormous initial success of e-marketplaces. In Mexico City, chilangos and visiting foreigners learned to be skeptical of the common taxi, infamous for their robberies and kidnappings. And yet today, Mexico City is Uber’s busiest market in the world, revealing the allure of an e-marketplace that delivers transparency and traceability between buyer and seller. In addition, Latin America is Airbnb’s fastest-growing market region. As a result, Latin America’s traditional hotel, taxi and car rental industries are all under threat; and travel insurance may follow soon.

The transformative power of e-marketplaces like MercadoLibre and Linio in low-trust economies in Latin America is enormous. Traditional, formalized sectors in Latin America are plagued with heavy tax burdens on profit-seeking businesses and on employers. Excessive regulations drive many businesses underground, while others either absorb the cost, pay bribes to evade regulations or a bit of both. Ultimately, those costs are passed onto the consumer. Some sectors are still monopolized by government or suffer from limited competition, enabling price gouging.

These dysfunctional markets and regulatory environments provide a ripe opportunity for e-commerce. In Brazil, CargoX provides an Uber-like solution to trucking, linking single truck owners with cargo customers. It won’t be long until underpaid lawyers, accountants, designers and other professional service providers start stealing customers from their employers by affiliating themselves with marketplaces that specialize in their field.

Technology and the political landscape in Latin America

Latin America’s political class has proven to be unprepared for the social media and mobile revolution that adds unprecedented transparency to their lives. Michele Temer (President of Brazil), Evo Morales (President of Bolivia), Nicolas Maduro (President of Venezuela), and Enrique Peña Nieto (President of Mexico) are just a few who themselves and/or their cabinet members have been caught unawares of recording cellphones in their midst during compromising conversations.

Worse still, their initial reaction was to deny culpability, further decimated what little trust remained of them. Social media will continue to change politics in Latin America, quite possibly for the better.

Beyond escaping embarrassment, Latin America’s political class will soon face larger tech-driven challenges to their popularity. The employment disruption of modernization felt in efficient economies like the U.S. or northern Europe will pale when compared to the millions of Latin Americans who will lose their jobs to innovation over the next decade. With the exception of perhaps Chile, Latin America lacks education systems that are both agile and accessible to mature students who require financing and scheduling flexibility from educators. If workers cannot be retrained for viable jobs, they will derail Latin America’s modernization path by voting for reactionary political leaders.

In every market, the demand for innovation will continue to be largely supplied from abroad, marking Latin America as one of the most attractive technology markets in the world for the decade ahead.  Little wonder then that global e-commerce platforms and merchants are scrambling to find success in Latin America. As proved to be the case in more mature e-commerce markets, Latin American technology consumers are ready to eschew traditional brands and adopt disruptive on-line alternatives.

John Price is the managing director of Americas Market Intelligence and a 23-year veteran of Latin American competitive intelligence and strategy consulting. jprice@americasmi.com