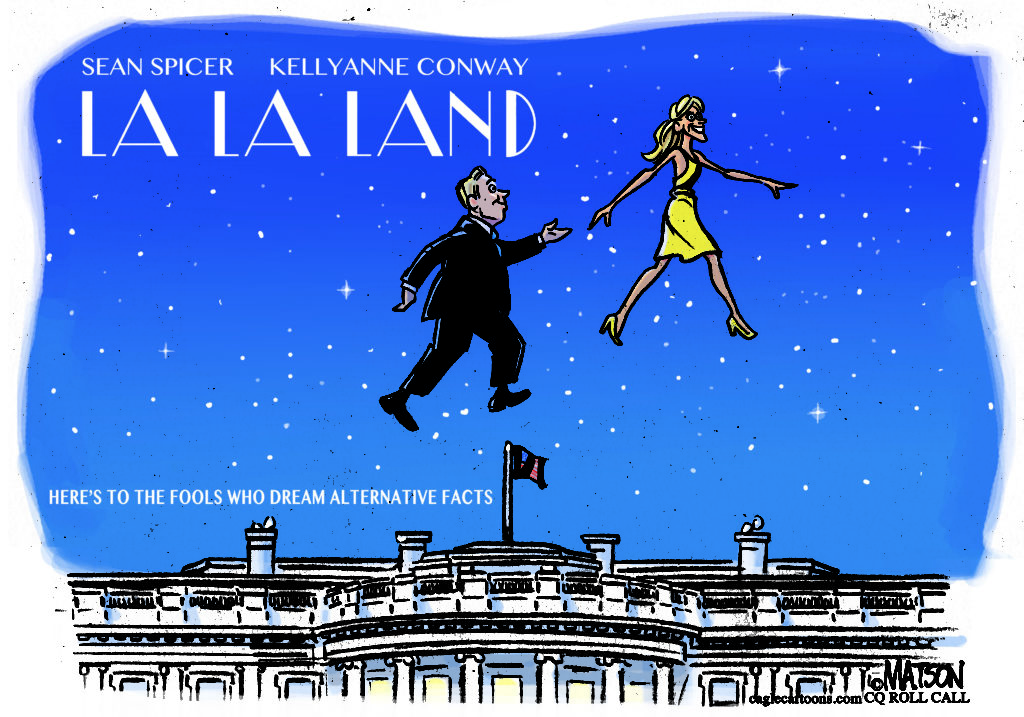 It’s award season, and one of the most talked about movies of the year is La La Land. The Washington, DC version of  the movie stars Sean Spicer and Kellyanne Conway, who take us through an alternative dystopian world where Trump is President and anything said against him, no matter how true or well sourced, is classified as fake news. Luckily, they have their own handbook of unsourced “alternative facts,” to justify anything their boss says on Twitter. I mean, it has to be a movie right? No way are advisors to the President of the United States of America actually coming up with words to make their unfounded allegations and spurious numbers pass off as truth. Thankfully here at Global Americans, we have just launched “Just the Facts,” where we will look into these “alternative facts” and provide you with the “real” ones. Because, we believe, facts matter.