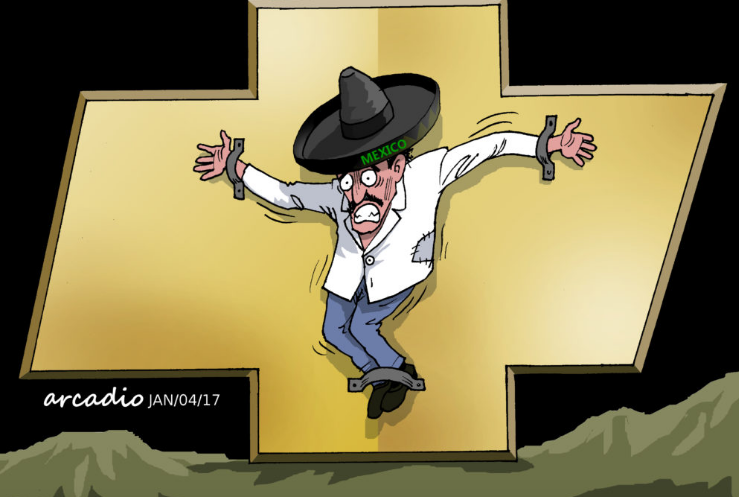 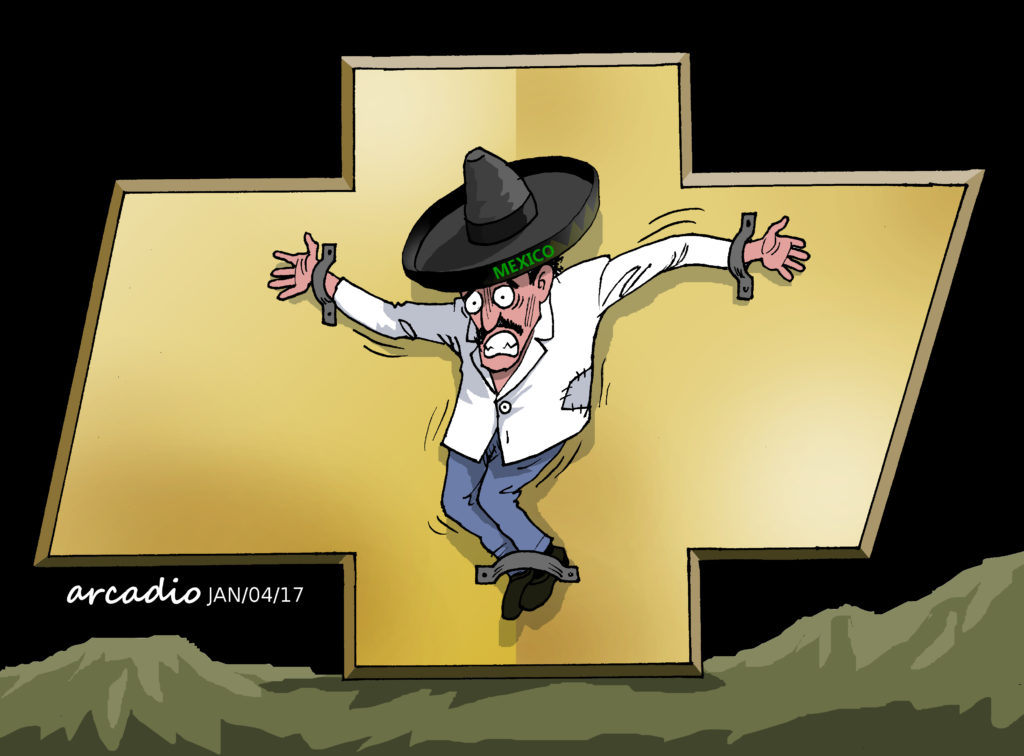 Ford announced this week that it was pulling out of its commitment to build a new factory in San Luis Potosi, Mexico and, instead, would be adding 700 jobs to a factory in Michigan. Trump—on Twitter, of course—was quick to claim credit.  But is that really the reason for the decision?  Is Ford bowing to Trump’s pressure and currying favor with the new administration with a “vote of confidence?”  The Washington Post put forward a different explanation, one that has nothing to do with politics, that the new cars being made require computer literacy, something Ford determined would be more available in the U.S. than in Mexico.

Putting the “bully” in “bully pulpit,” Trump also railed via Twitter against GM’s factory in Mexico that builds the Chevy Cruz and against a Toyota plan to build a factory in Baja California.  In the case of Toyota he threatened the car company that unless they put the factory in the U.S. they would face a “big border tax.”  Never mind that the Toyota plant was slated for Guanajuato (not Baja California) or that the power to tax is constitutionally vested in the U.S. Congress—facts, the Constitution, who needs them when you have the bully pulpit?   In the meantime, Trump’s rhetoric and the recent gasoline price hike have sent ripples through the Mexican economy, threatening slower growth and higher unemployment.  Trump better hurry up and build that wall. (Though, even in that case, he admitted this week that the U.S. taxpayer—not Mexico—is going to pay for the wall at least initially. Mexico, he says, will pay later. How remains unclear. Details. Details.)