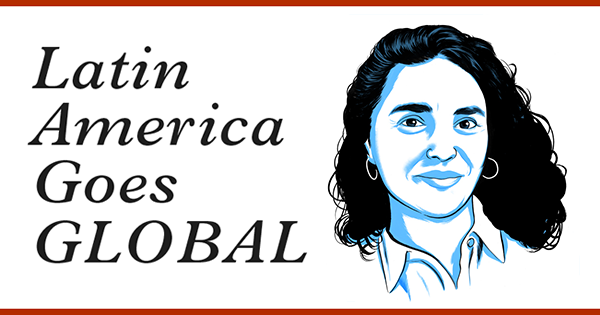 One week after Donald Trump was elected president, Washington Square filled with protesters staging a walkout from New York University (NYU), demanding that the university proclaim itself a “#SanctuaryCampus.” This notion of sanctuary or refuge has become a loud challenge to the rhetoric of division and expulsion from Trump’s administration in waiting. It isn’t just NYU; petitions calling on universities to officially designate their spaces of higher learning as sanctuaries for students who are undocumented migrants have proliferated in Harvard, Princeton, Dartmouth, Wellesley, Stanford, Oberlin, Columbia, among others.

As students and alumni circulate and sign petitions, these demands offer glimpses into how citizens are challenging one of the central tenets of the Trump campaign: protectionism and nativism that would build a wall and deport millions. Instead of challenging Trump directly, people are also turning to institutions and communities, such as their universities, to create spaces of protection against Trumpian immigration policy. This trend on campuses also echoes the announcements from major cities, such as New York, Chicago and San Francisco, to become sanctuary cities—local governments that refuse to cooperate with federal authorities seeking to deport migrants. It’s not a cost-free policy for these cities; their positions may very well bring a cut in federal aid under the Trump administration, yet the cities continue to argue for an inclusive vision that provides refuge for the most vulnerable.

The movement for sanctuary campuses stems from a similar sentiment and calculation. What universities are pledging is to create safe spaces on campus for undocumented migrants. To do that, some would resist cooperating with federal agencies who may seek out information about undocumented students or pursue them for deportation. For instance, the California State University system recently announced that they would not cooperate with immigration hold requests. Such a challenge to the federal government is not unprecedented. Indeed, the 1980s Sanctuary Movement arose with religious congregations offering humanitarian assistance and protection to Central American refugees denied asylum under Reagan’s policies.

But the question of how much universities can and will do now to offer sanctuary is at issue, as their power to follow through on this is not assured. While some argue that protecting undocumented students falls under privacy laws, others suggest universities cannot legally prevent ICE from pursuing law enforcement. The question of what will be legally feasible will be a core issue in the future; universities have indicated that they will work within the law, even as they advocate for supporting DACA.

Yet, the symbolic call for social inclusion remains a powerful foundation for such advocacy. Along with the petitions, these movements also involve walk-outs for students and faculty. Such efforts and gatherings disrupt the public sphere, becoming part of a nation-wide movement in which which people are collectively participating virtually through the hashtag #SanctuaryCampus.

More concretely, though, they demonstrate that the vision of social inclusion and national belonging can become central to the legal battle for citizenship through broad-based activism. The movement of sanctuary universities did not occur in a political vacuum, but builds on a history of immigration-related activism led by students. Only now it’s spreading campus-wide in broad public acts that galvanize students in traditionally elite universities to support the most vulnerable among their community and beyond.

It began in 2010, when the Dream Act made it to the Senate but then stalled. The legislation would have created a possibility for citizenship for children who had illegally migrated here by being brought by their parents. This generated a wave of Dream activism; “Dream Teams” formed at colleges and high schools around the country, and protests multiplied, including events like “Coming Out of the Shadows.” One of the first such rallies took place in March 2010 in Chicago’s Daley Plaza—a federal space—where undocumented youth publicly told their stories, breaking the taboos and silence that governed their existence. By publicly telling their story, they asserted new forms of political agency and activism—challenging a vision of the nation that excluded them and doing so under great risk to their own future by coming out of the shadows.

History and current politics in the United States are underwritten with such exclusions, based on race, ethnicity, religion, sexuality, and legal status. Leo Chávez, for instance, argues that the idea of a “Latino threat” was manufactured to create the fiction of a dangerous “other” necessary to exclude—a notion that permeates Trump’s rhetoric about immigration and the “bad hombres.”

What is significant, then, about the Dreamer activism is not just their advocacy for specific immigration reforms, such as state-level versions of the Dream Act, but the legitimate and safe space they have created for migrants and their children to tell their stories and humanize the lived experience of the migrant. Ironically, their visibility and inclusion in the public sphere made them less “other.” Bravely, they too were contributing to the stream of public discussion and political debate.

The sanctuary campuses and cities now offer a larger space, with broader and activated public support, for such inclusion, but real fears remain about what undocumented migrants face—something affecting mixed-status families as well as individuals.

Since being elected, president-elect Trump has vowed to fulfill his promises to build a wall and deport millions. Yet, what is not clear is what specifically will happen with the undocumented students currently protected by Obama’s policy of DACA (Deferred Action for Child Arrivals), which, after being stalled in Congress, was instituted by executive action. Since its enactment, DACA has protected hundreds of thousands of children of undocumented immigrants (most of whom are Latinos), and many are now legitimately frightened that it will be overturned under Trump.

As activist Unai Montes-Irueste told me, “There is no reason to believe that a man who called Mexicans murderers, drug dealers and rapists, and whose top campaign promise and chant was ‘build that wall’ will keep DACA.”

While sanctuary campuses are a first step in offering a symbolic refuge, it is just as important to continue advocating for legal protection for those who fall under DACA, as some Democrats are doing by asking Obama to offer pardons. This is critical to the lives of those directly affected by these reforms, including these students and their families.

But there is also more at stake. Any nation requires imagining a collective—a “we” that is often defined as much through who we exclude as who we choose to include—a framing of social inclusion that is pivotal to our sense of national belonging. As the United States faces the next four years under Trump, Americans will have to grapple with how precisely we want to define, and hold onto, the “we.” How we choose to include undocumented migrants and mixed-status families into our social and legal fabric will become critical to how we wish to imagine our nation.