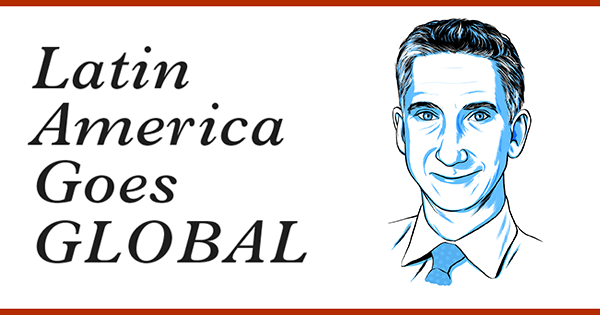 There is a growing body of dire predictions and evidence concerning the effects of climate change on economically vulnerable populations. Often not discussed is how these will complicate addressing and resolving endemic, structural issues of inequality and social exclusion.

If predictions are borne out, the extreme weather resulting from climate change will disproportionately affect the world’s poor, as shifting weather patterns bring dislocation, greater food insecurity and increased risk of disease to those already on the margins. While no one will be spared the impact of extreme weather patterns, Latin America and the Caribbean are particularly at risk. A region marked by some of the highest levels of inequality and exclusion in the world and a seemingly endless cycle of economic booms and busts, Latin America and the Caribbean’s precarious middle classes and poor—as well as its economic growth—are at risk.

In its 2014 report, the International Panel on Climate Change (IPCC) stated it clearly: “The poor usually have a very low adaptive capacity due to their limited access to information, technology and other capital assets which make them highly vulnerable to climate change.” In the case of Latin America and the Caribbean, to the IPCC concerns can be added the risk placed on the poor by high levels of urbanization (with more than 80 percent of the population living in urban areas) and the proximity of the region’s population (73 percent) to low-lying areas close to water. In addition, in rural areas, indigenous communities and small farmers—often living on subsistence farming—depend on steady, predictable water flows, from glaciers and from precipitation.

The IPCC estimates that by the end of this century the mean temperature in Latin America and the Caribbean will have increased to between 1 to 6 degrees Celsius. Even at the low end of this range, IPCC and other experts, such as Guy Edwards and J. Timmons Roberts, predict changes of this magnitude will have severe effects on biodiversity and forests, including the replacement of tropical forests by savannas in eastern Amazonia and central and south Mexico and Central America. Rising sea levels, hurricanes and flooding are also expected to plague low-lying areas such as the islands of the Caribbean and (in the case of flooding) precariously situated mountainside communities. Increased temperatures will also accelerate glacial melt that is already at historical highs in the Andes, reducing the availability of clean water for urban areas, constraining agricultural production, and poking holes in the reliability of hydroelectric-based power, which in some cases represents 60 percent of the region’s installed capacity.

Central America and the small island States of the Caribbean are especially vulnerable. According to the UN’s Economic Commission on Latin America and the Caribbean (ECLAC) between 1930 and 2008, Central America suffered 248 extreme events, over 85 percent of which consisted of floods, storms and landslides with severe consequences for the economies and societies of the subregion. In the past four decades, 11 extreme hydro-meteorological events in Costa Rica, El Salvador, Guatemala, Honduras and Nicaragua caused economic losses amounting to $13,642 billion at 2008 prices.

In his pessimistic—verging on apocalyptic—view, Harald Welzer’s 2010 book Climate Wars: What People Will Be Killed for in the 21st Century, imagines a series of potential flashpoints for resource-related conflicts in the region. Among them water, forests and land in Mexico; soils and land in Honduras and El Salvador; and land and water in Haiti, Brazil, Ecuador, Bolivia, and Peru. Less apocalyptically, the UN’s Economic Commission for Latin America and the Caribbean (ECLAC) predicts that in those countries, changing variables such as temperature and precipitation will provoke smaller yields for subsistence cross—such as potatoes and corn—in Central America and the Andes, the reduction of grassland for grazing in Argentina and Paraguay, and increased rates of desertification and deforestation across the hemisphere.

And for the poor?

According to the World Bank, in 2015, one in five people were living below the poverty line in Latin America and the Caribbean, adding up to a total population of 130 million poor south of the U.S. border. The effects of climate change on those populations—the existing poor—will be great. At the same time, though, according to ECLAC, rising sea levels, increases in average temperatures and changes in rainfall could cost the region around 2-4 percent of GDP growth. Such a drag on growth also serves as a drag on socioeconomic development, possibly meaning that many of those who recently left poverty and joined the fragile “middle class” during the boom from 2003 to 2014 may rejoin the ranks of the poor. According to ECLAC, “assuming an annual decline of 0.8 percent in gross domestic product, by 2025 approximately 597,000 additional Latin Americans will be living in extreme poverty and 1.08 million more in poverty,” though by ECLAC’s own admission these numbers are subject to a high degree of uncertainty.

But more than slower economic growth driving citizens into the ranks of the poor, there will also be the direct and indirect effects on their ability to climb out of poverty.  Slower economic growth, the destruction of infrastructure and the health effects of droughts, contamination of drinking water, heatwaves and increased incidence of vector diseases will reduce the poor’s capacity to participate actively in the economy. In short, not only will the slower economic growth brought by climate change increase the numbers of the poor, the extreme weather patterns of climate change will impair the poor’s living conditions and economic productivity. At the same time, slower economic growth and disruption in productivity will reduce the fiscal capacity of the state to respond and to expand existing social safety-net programs.

To put it bluntly, existing evidence and predictions indicate that the vicious cycle of inequality and social exclusion that have marked the region may be about to become faster and deeper in the future. That’s because the costs will be borne mostly by the most structurally, economically and politically disadvantaged and vulnerable: the urban poor living in marginalized areas with insufficient infrastructure and the rural poor, particularly the indigenous. Such changes, as a recent study by Notre Dame on access to safe water and drought hypothesized, will occur not just within countries but between countries as well. In other words, not only will the poor in any given country become more trapped in poverty, but the gap between richer and poorer countries within the region is likely to grow as well.

Expectations don’t all have to be alarmist or be grim, however. There are examples of policy experiments and innovations in individual countries that begin to show some promise and a way to avoid the most dire predictions and outcomes. Those successful cases include the restoration of urban water systems in Buenos Aires and the preservation of water sources in rural areas of Peru. In addition, a number of studies have put forward a series of proposals both for community and government initiatives and international assistance to address this gloomy, looming problem.

The first place to begin is to understand what existing research says both about the existing impact of extreme weather on the poor and inequality and on potential policy responses. Much of discussion of the impact of climate change on the vulnerable is based on speculation. While that speculation of why and how is based on a clear logic given the current trends, rigorous studies of the effects in different populations are scant. Nevertheless some exist, in particular looking at specific, narrowly defined areas, such as the Inter-American Development Bank’s (IDB) impressive recent study on the prevalence of vector diseases as a result of climate change.

Examining the effects of extreme weather patterns brought about by climate change requires looking at a range of sectors including food security, adequate housing, health, energy, and productivity. Unfortunately, so far, quality research across all these areas—not to mention policy responses—has been scattered. In our Ford Foundation-funded project, Global Americans is beginning to conduct field work on these topics, with a focus on affected populations in Mexico and Guatemala. One of the central questions we will explore is the political and policy reaction to these challenges.

Ultimately, these policy responses will require popular pressure and political action. That will depend on public awareness of the effects and the articulation of those popular concerns through the political system. So, how concerned and organized are the region’s citizens and those most likely to be affected of what is coming their way? And are political systems likely to include their demands and concerns and translate them into policy changes?

Those are some of the questions we hope to answer.